Earlier this summer, my friend Fran Kerbs emailed me a photo of one of the Turkey Vultures I had tagged back in 2012.  Except the photo was from 11 km away and 2 years after I had tagged it.

Fran spotted C37 on June 6, 2014 along route #99 near Craven Saskatchewan.  I tagged this bird on August 6th, 2012 near the town of Earl Grey in Saskatchewan.  This is a remarkably close resighting of a young Turkey Vulture 2 years after fledging, based on the 153 km average of other resighted young TUVU.  It is also amazing, considering this bird likely had migrated south possibly to Venezuela twice already in its lifetime!  It is believed, based on the tagging research we have been doing, that Turkey Vultures do not breed until 6 years of age.  One year later, I wonder where C37 is now?  Mexico? Venezuela?

Thanks for helping to track these neat birds Fran!  And thanks for letting me share your sighting. 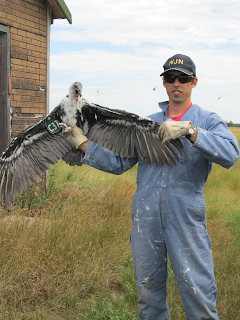 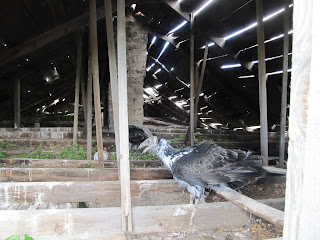 C37 and C38 back in their man-made cave where Turkey Vultures nest in Saskatchewan. 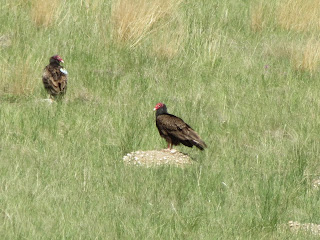