In 2010, I started banding Canada Geese in Wascana Park with red plastic leg bands.  We had already started banding the geese the year before with the regular aluminum band most birds get banded with with, but the red bands are different in that you can read them from some distance away.  The colour bands simply have 3 large digits and a letter repeated around the band, whereas the aluminum band has 9 digits wrapped around it. 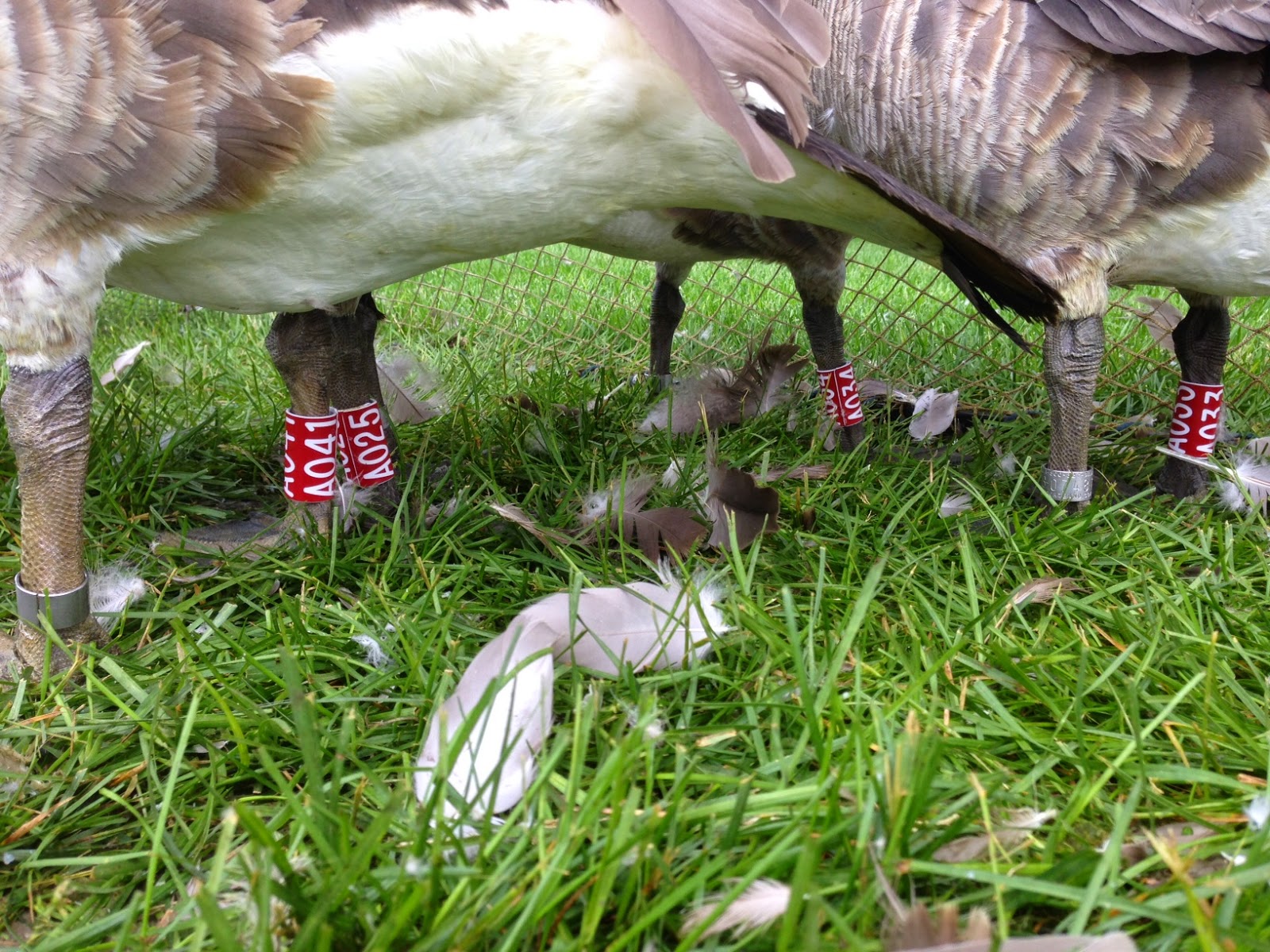 The original idea was we could identify birds within the park easier with the colour baands.  And it definitely worked.  In the following years, we collected a wealth of data on birds around the park.  What I was not expecting though, was the number of sightings I would receive of birds from outside of Wascana Park, and more specifically while the birds were on their wintering grounds. 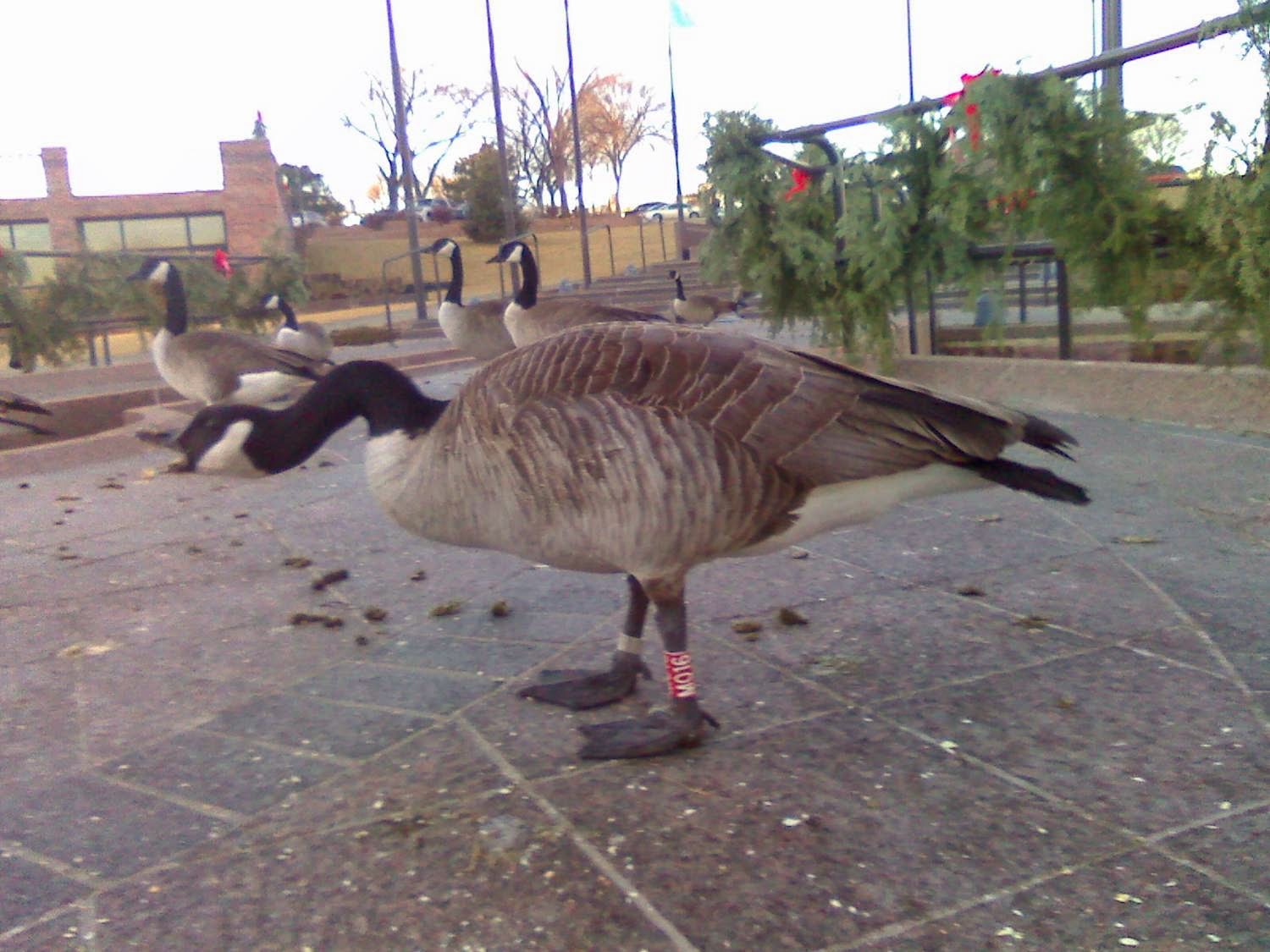 In fact, it started with this photo here of M016.  We banded this male goose in 2009 with an aluminum band and then added the colour band in 2010.  This photo was taken in Pierre, South Dakota in December in 2010.  This would be the first of 23 different geese that were observed in Pierre that winter!

The man who had observed these first few geese would become a good friend, his name Scott.  Over the next few years, during the winter Scott would get out and make various rounds to record as many red bands as he could find of the Wascana geese.

In January 2014, I decided I had to go for a trip to Pierre, to finally meet Scott and see our geese on their wintering grounds.  So in February, 2014, Bob Ewart and I traveled down to Pierre.  It was really neat to see the geese we were so familiar with in Wascana Park in such a different but similar place.

What is difference in Pierre versus Regina, is the sheer number of geese.  Scott works for the South Dakota State Wildlife Branch.  He is responsible for doing many of the game surveys.  A few weeks before Bob and I arrived he did an aerial survey on the geese in and around Pierre and counted 100,000 Canada Geese!  Earlier that winter, while other geese were still moving through they counted 300,000!  Compare that to the current nesting population in Wascana park in 2014, around 430 nesting pair, or about 860 adult bird.... 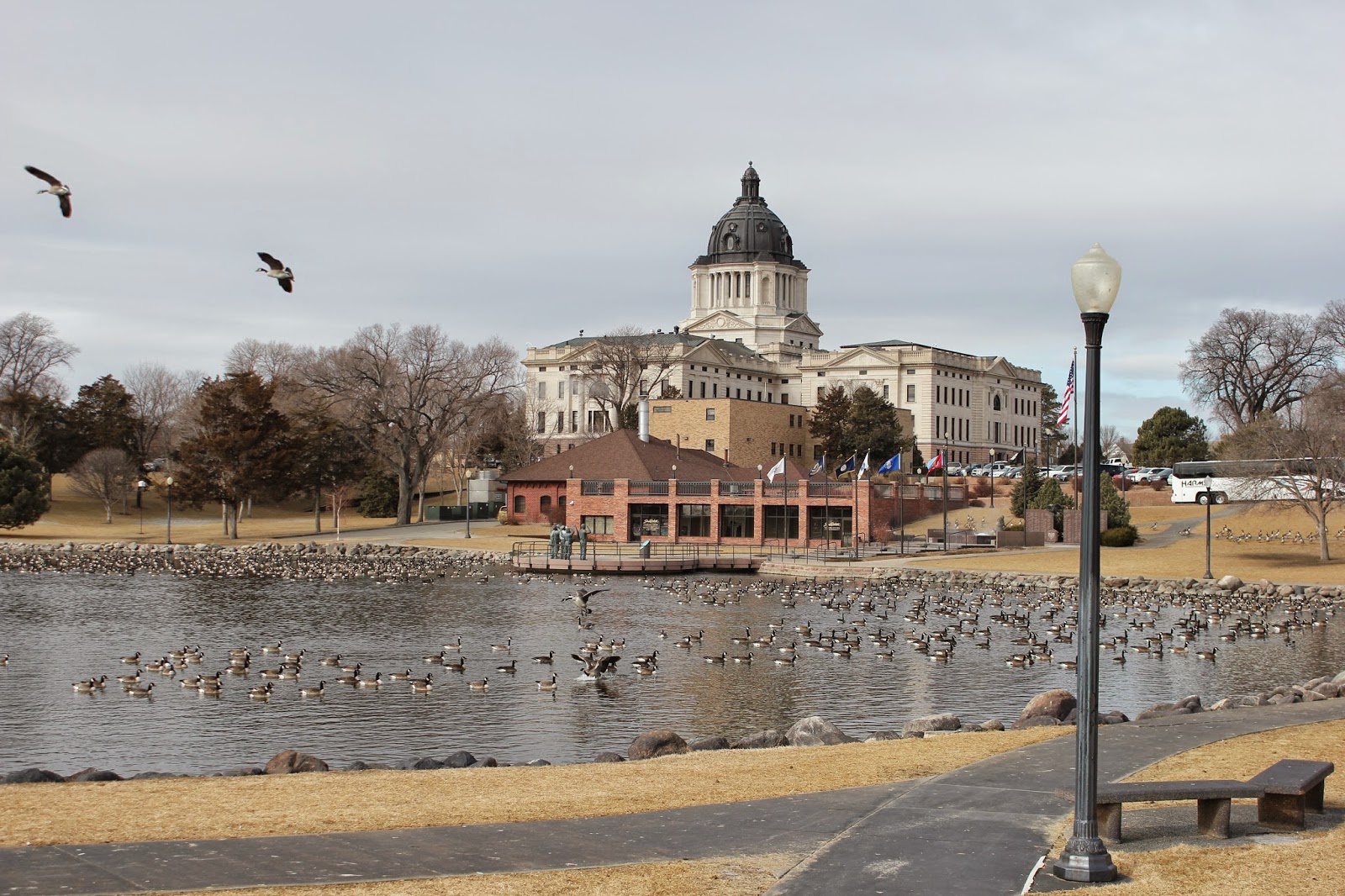 The birds spend a lot of their time at Capitol Lake, which is fed by a man made spring.  It stays open during the winter and many geese use it on cold days in Pierre during the winter.  We counted 10,000 on one of the mornings we were there and the lake was not full. 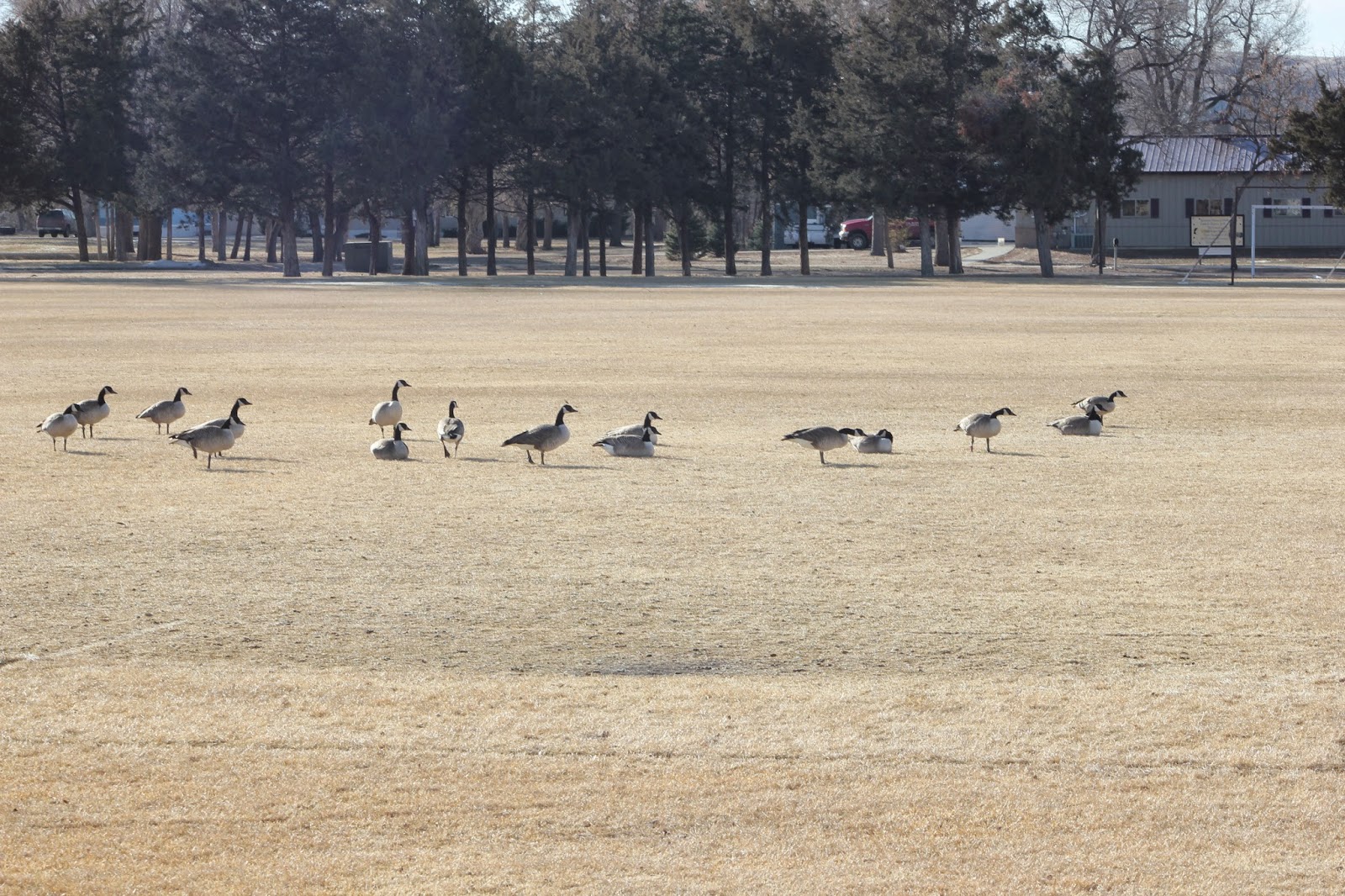 Another interesting thing we noticed in Pierre, was the birds are scattered throughout the city during the day and not restricted to the park like they are in Wascana.  Here they are a ways from the park on a soccer field. And here are a few on someone's lawn!  You can see all three have red bands on their legs from Wascana Park.

In addition, to our geese being seen in Pierre, we have received colour bands from a couple other states including Nebraska, and Kansas!

If you are someone who has seen a red colour banded goose, please ensure you report your observations to www.reportband.gov.  Thank you for your sightings!!
Posted by Jared B. Clarke at 10:13 AM

Got one of your birds down here in Nebraska today! bpcheftcheat@gmail.com #M325

Cool! Please make sure you report that to www.reportband.gov with the date and location so this information can be used for future analysis of survival estimates and population dynamics of these geese. Thanks Todd!

Was in Pierre south dakota on January 12 2019,did not get the numbers but saw a pair with red leg bands with about 8 other geese,they were up on some ones lawn.

I harvested one today! All the way in Kansas! The numbers were A233. The only bad thing, the metal band wasn’t present when harvested. Would you by chance have the information on the numbers on the metal band? Contact me at +13166193299