Some American Kestrels are still migrating, and some already have eggs!
Five of our nine boxes around Regina have pairs of kestrels hanging around. I went out to Edenwold today and of the four new boxes we put up this spring, three of the boxes had some activity at them!
I did a loop of all the boxes today and I only saw the males at the boxes around Regina. I believe the females have begun laying eggs. On April 23, last year, a number of the females had already laid their full clutch of five eggs! So its likely some of the pairs have started, or are finished laying eggs. We will be checking the boxes in a week likely, so there will be photos of eggs soon.
In the last few days we have had some good success capturing kestrels. So far we have caught 7 adult birds.
Here are a few photos we've got over the past few days. 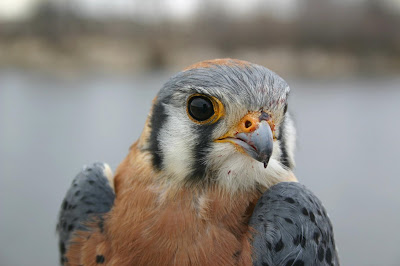 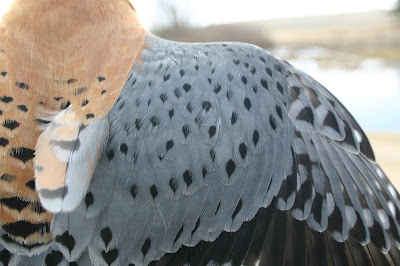 Close up of male kestrel wing 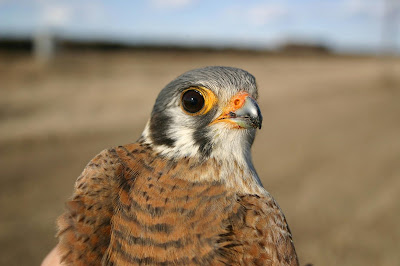 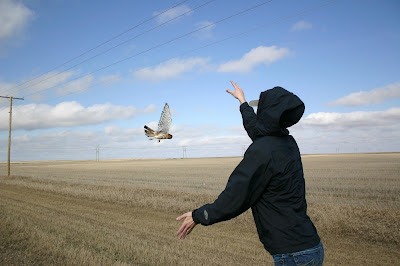 Our friend Sheila, releasing her first kestrel ever!
Posted by Jared B. Clarke at 9:47 PM